TAK Games are proud to introduce Tobye as a regular writer on the TAK Games blog.

Hey all, it’s Tobye here, and today I am going to gush a little about my favourite new card in set 3: I’ll Dig Your Grave! (IDYG).

This is easily my favourite card of Movie Collection, when it comes to pure, obvious power.  It not only fits nicely into any beatdown deck due to the high stage damage and endurance removal, but is surprisingly good in big damage energy decks!  If your deck relies on landing 1-2 large energies each combat, nothing is more disheartening than your 8 life damage energy being face-blocked by two endurance 3 cards.  IDYG gives you a solid combat in which you can land your augmented Crushing Beam and Orange Power Point and easily swing the game back in your favour.

The second portion of the card, the option to advance both players a level on a successful hit, is where I think this card really shines and is underestimated in current play.  This effect is generally used as a form of tech, to push a Ginyu off level 1 early, weaken a Goku: Super Saiyan God for a combat, or get a Nappa off his ally-bopping level 1 (or from his weak level 2 to his savage level 3 if you are a Nappa player).

For me though, I have found it to be best played under a different mentality: ‘my levels are better than yours!’  There are several high MP levels that are extremely strong, to the point of game ending, regardless of game state.  While this has been shown lately in the America meta with the use of Goku level 4 in Orange, I personally believe there are stronger uses out there, that care a whole lot less about advancing your opponent as well.

LORD SLUG: My personal favourite use of IDYG is Lord Slug in a Namekian deck, with his level 4 giving the ability to use any Dragon Ball you like when entering.  And in Namekian, you can almost always re-use those Dragon Balls!  So even if my opponent is playing an anger deck, I will have no issues delivering a well-timed IDYG that takes me to level 4, as I can then normally use Namek Dragon Ball 2 every turn!  Giving them one level early to lower them a level every subsequent turn is an extremely good trade most of the time.  And while level 4 seems like a long way to climb, Lord Slug‘s level 1 and Lord Slug’s Regeneration often make this breezy, especially when IDYG is thrown in.

NAIL: Now I am a die-hard Nail fan.  I have built more Nail decks than any other personality by far, not just because of his fantastic named cards, but – in my eyes – he has the best level 3 AND level 4 powers! Level 3 not only allows you to return a Dragon Ball to your hand every combat (and therefore reuse it on your next turn), but also adds a huge stage damage buff and raises your anger!  You can also use it to return an opponent’s Namek Dragon Ball 6 to their hand, allowing your damage to come through at full-force, or lift an opponent’s Dragon Ball allowing you to play your own copy of it.  And with the new addition of Namekian Growth, Nail’s level 3 is even more dangerous, allowing you to instantly replay the lifted DB.  And while there is a lot less to say about his level 4, it is no less powerful.  Big damage attack, hand advantage, more DB abuse.  A very good combination of things to have.

Others on the list that I am yet to fully explore are Frieza (who got a massive buff in the form of a new level 2 promo, and a game-ending damage threat level 4) and Gohan (being able to rejuvenate your entire discard pile every time you raise your anger in Namekian is a power that just might be worth trading away your level 1 for).  The issue with the above few is that, unlike Slug and Nail, you don’t have the option of ball-bouncing Namek Dragon Ball 2 to return your opponent’s MP to their lower levels.

So there you have it, my insight into this beast of a card.  Get out there, throw it into some different decks and see what happens when you pull the level jumping trigger – you might be very surprised with how well it works!

To celebrate Movie Collection being revealed in all its glory, Trent took some time out after the final TAK Games Set 2 Constructed event in Brisbane to talk to Jono, Michael, Brendan, Chris and Rory about their future deck choices, what they consider the important new cards for those decks, and possible ways to help play test those decks in an effective manner.

It was an exciting discussion and we’re all looking forward to what the new set brings to the game. 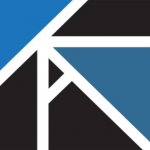 Red needed more love this set, and it’s been getting it. Lots of it, in fact, to the point where there is perhaps a little overcompensation going on. Time will tell…

In today’s preview, Red Mule Kick, we can see Red receiving some answers to the perceived problems in this style. First, with an Endurance of 2, this adds a little more damage prevention that most Red style players were begging for. While its damage is on the mediocre side, this card is far more useful for its secondary effects.

It nets you one anger, but also provides a much needed answer for both heroes and villains alike for cards like Wall Breaker, which can put a serious halt to a Red style deck’s plans. The fantastic part is the attached card is banished so you don’t have to worry (unless you’re playing against a Black style deck) about that copy coming back to haunt you.

If the attached card is Red, you have another kicker of using a critical damage effect, netting you another anger in the process. Red style has already received some interesting interactions with using anger to pay for effects; this further reinforces Red receiving additional bonuses for previous plays and setups. It will be interesting to see what further Red attach cards could yet be in store…

Movie Collection Set 3 excitement is off the charts! Following the TAK Games June ‘Bring a Mate’ event, Kyp sits down with Harry, Carl, David and Fahad, some of Melbourne’s top players, to discuss what has them excited about Movie Collection. We also unveil a new Movie Collection preview – Red Mule Kick.

After revealing and discussing this card at length with Matt and Clayton at Next Level Z, we spoil the card art for Pulverize.

This is a fantastic new freestyle rare that is going to help advance decks to press an attacking advantage or those that need to tutor a key card to prevent your opponent’s plans from coming to fruition.

Pulverize is not banished after use, so it may stay in your discard pile to allow you to set up again in the future. While the card choice is vulnerable to Black Corruption and other mill effects outside of combat, it sets you up to draw a crucial card like Wall Breaker, Sagacious Strike, Krillin’s Destructo Disc or more. To ensure you gain full advantage, it would be best to set up in your opponent’s combat turn.

Not only does Pulverize allow you to set up, but it also allows you the opportunity to deny your opponent with targeted discard pile removal, another big plus for this card, given recurrence is such a strong part of the game.

While this card might polarise opinion, it will Pulverize most decks, and definitely deserves consideration for inclusion in your post-Set 3 decks.